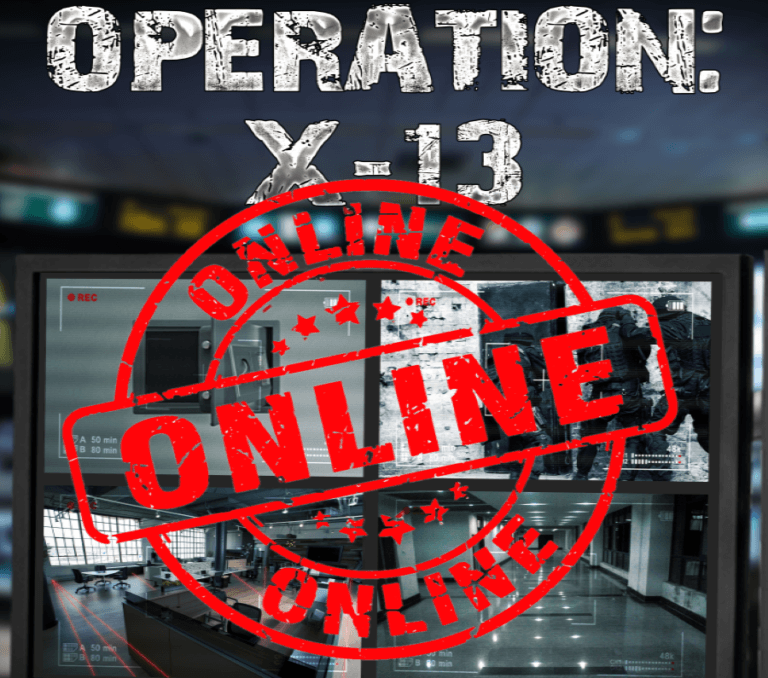 This is an online experience, you can play this from home or anywhere you have an internet connection.

You have discovered the president of the evil Cybortek corporation has secret formula X-13 hidden in his office. Can you guide the Resistance’s newest recruit to sneak into the high security headquarters, to steal the formula while there is still time?

This is an online live-streaming adventure. You will control a live character in the room in order to complete your mission.

I've had so much fun tonight!

I'm liking these remote escapes more and more. We've just finished an adventure in a room that has already reopened to the public and still continues to offer Operation X-13 in video to gamers around the world.

We spent the evening in Las Vegas on a secret mission. We all think the room was better from a distance than in real life because for us it was the interaction with the Game Master that made all the difference.

We're the brains behind an operation that targets to stop the criminal actions of a major Cybertech company. We can't carry out the operation ourselves, so a rookie will do it for us.

So here we are with a recruit, who just isn't as good as we are, because he is new to the job. This is his first field operation and he's... nervous?! He's got us in some very funny situations. If you like roleplay and improvisation, this is a room that will make you happy like it did with us. Honestly I cried laughing and not just once and not just me.

Our meeting was ... interesting, the first mistake quickly made, but he is always our ally, will do everything to cooperate. To prove to us that he's up to the task! But sometimes he's overwhelmed and we'll have to take over, decide for him, do for him.
We find ourselves in some of the funniest situations, having to improvise! I think the room is as playful as you are ready to play the game.

But it's not all interaction.

There are also puzzles, not easy once, well done, non-linear and yet fluid. And what I really appreciate is that the puzzles and actions to be done are consistent with the script. Everything makes us progress. It's also nice not to find a plethora of 3 or 4-digit padlocks, but rather surprising mechanisms. It's really very nice and fun.

I haven't told you about the inventory system yet. In addition to the zoom that allows you to see (the more or less stupid things as well as the efforts that your recruit is making). You also have access to a web page with 360° views of the spaces to which you have access and images of the documents and objects that you discover as you explore the spaces. This allows us to solve several puzzles in parallel. Having 2 screens is nice, but you can play on one screen by dividing it between zoom and inventory.

It is with regret that our recruit will succeed in his mission after 53 minutes. Yes I say it: we regretted not to have hung around a little more, not to have had a little more fun with our recruit. But, we took advantage of this time to exchange a little bit with Moses and Rentin who explained us that there were 4 different people playing the recruit and that they all created a character. I almost feel like playing the room again.

In any case this room was a great surprise and still makes us smile the next day I can only recommend it to English speakers.

Your friend has been abducted by a murderous cult and given 75 minutes to escape. It is your job to guide...
Norcal Escape & Co.
Yuba City
9/10
Immersion: Enigmas: Other criteria: 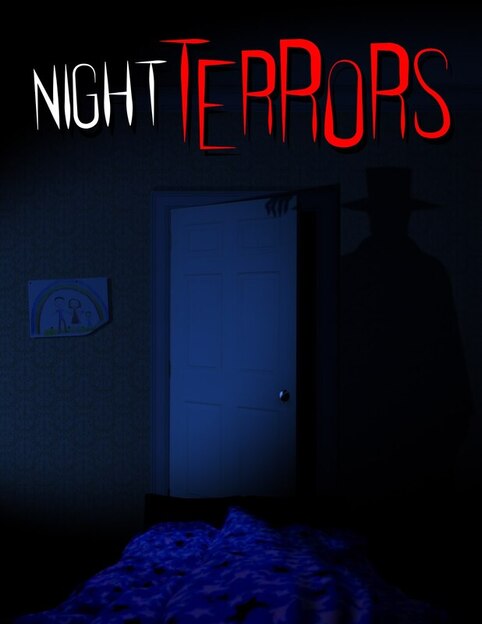 ​After finding one of his childhood drawings, Alex is suddenly plagued by nightmares of "The S...
Mystery Mansion Regina
Regina
8.5/10
Immersion: Enigmas: Other criteria: 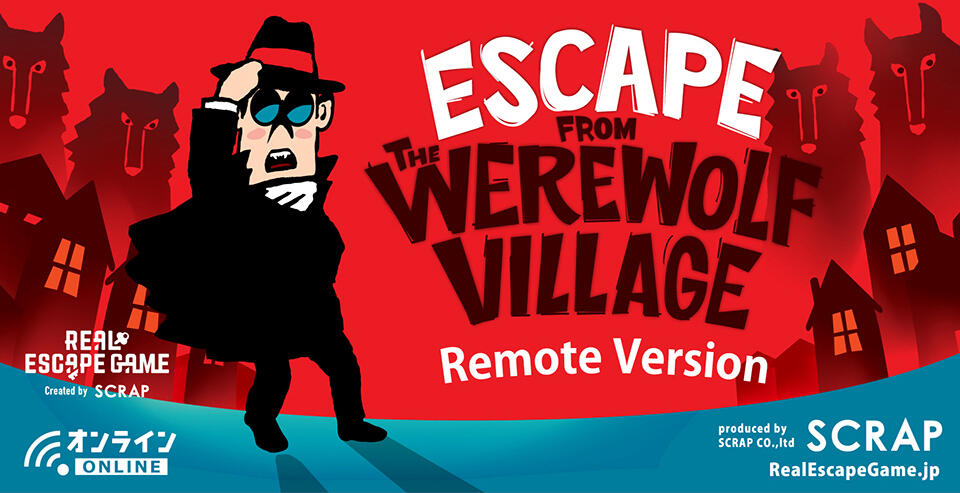 Are you ready to catch the werewolfs?

1 to 6
Read more
There are no comments yet.